Back in 2013, we introduced the ability to save an inspection as a draft. This handy feature was suggested by an inspector and allows you to continue working on other inspection forms without losing any answers you have already completed on the saved draft. There are a few things you should know before you start using draft inspections, however.

1. Drafts Have An Asterisk.

Whenever you save an inspection as a draft, a small asterisk (*) will appear beside the title of the form, as you can see in the photo below.

You can create inspections on all the other forma, of course. Once a draft is completed and saved, it can no longer be edited. 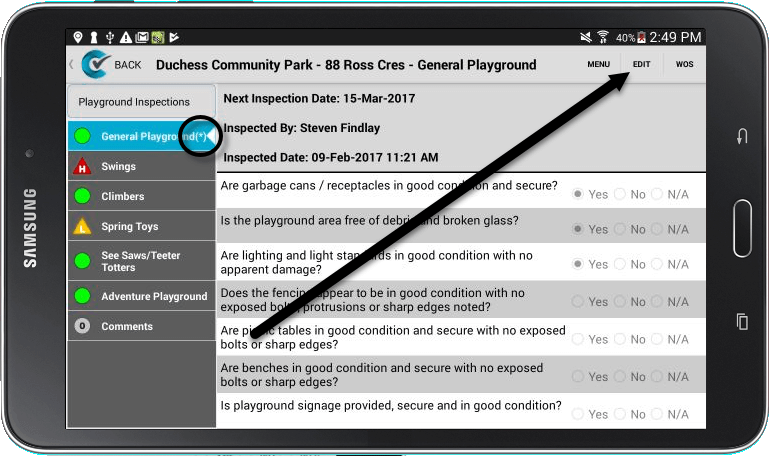 Do you have a location with a draft inspection that’s not yet finished and filed? None of the other inspections you complete at that same location can be filed while there are still draft inspections. That’s to ensure all the forms at that location get uploaded at the same time. Before you can file records from that particular location, you will first need to either finish the draft or discard it.

Locations with draft inspections are indicated by the paper icon with ‘DRAFT’ across it, as shown below. See Overview of Filing Icons to learn more about the different icons. 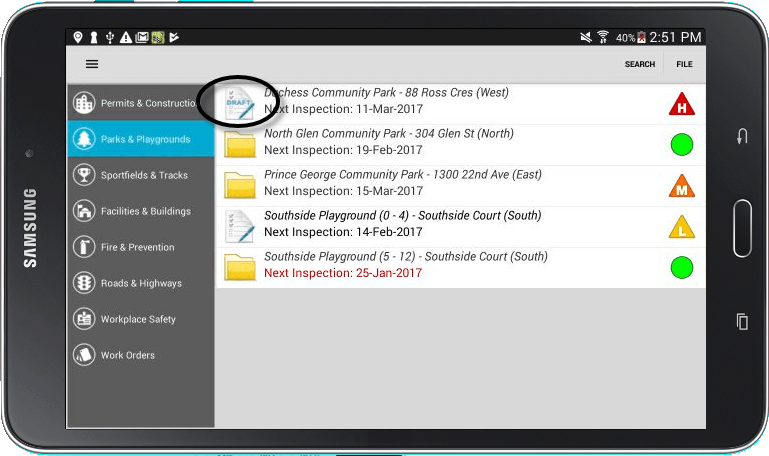 3. Drafts Are Filed By Start Date.

Let’s say you start an inspection today but get interrupted and have to save it as a draft. You don’t have time to finish the inspection and file it until the next day.

When you need to review this inspection later, you’ll find it listed in the web app according to the date the inspection was started, not the date that it was finished and filed. For best results, then, you should try to complete your draft inspection as close as possible to the date it was started.